Mr. President, The Time To Stop Campaigning Has Come 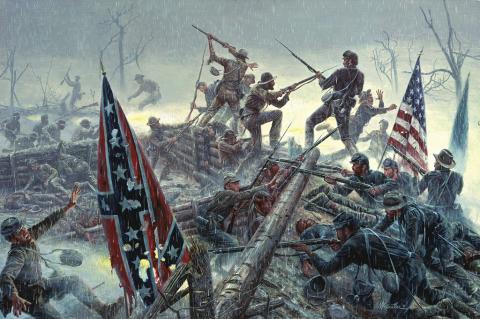 "Damn the torpedoes! Full speed ahead!"

First off, I think you have done an outstanding and admirable job considering all that the left has put you through.  For that matter, even some of the members of the republican house and senate are guilty of trying to interfere with your presidency.

My need to write this letter is out of my overwhelming fear, that our republic is heading to hell in a hand basket carried by the likes of Pelosi, Schumer, Nadler, Schiff and many other such saboteurs.

My opinion?  To hell with the re-election campaign.  Forget about it.

You do the job you promised and we, the American people, at least those of us that give a damn about this country and our republic, will vote you in for another 4 years without question.

Focus on getting America back on track and out of the hands of these leftist deranged ANTIFA and BLM groups.  That should be 100% of your focus.

Please, under the Insurrection Act of 1807, declare a national emergency and put boots on the ground in Seattle, Portland, Minneapolis, Chicago, Detroit, New York City, Philadelphia, Atlanta, San Francisco, Los Angeles and possibly a few others.

Not 150 federal agents, I'm talking about 5000 US Troops in full battle gear and smack dab in the middle of the downtown's of each of these cities.  Remove the democratic leadership in these cities, and possibly at the state level, if they refuse to cooperate with your authority.

Place armed troops outside every business, every street corner.

Then, from the middle of the city start pushing these traitors disguised as so called "peaceful protesters" out of the city.  If they refuse to leave, using any and all means necessary, subdue and place under arrest at the federal level.  No bail, no liberal judges.

For this to be and stay effective, you'll need to leave the troops there until after the election, possibly until after you are sworn in for your 2nd term.

Now your critics will say that these are Nazi tactics.  That these troops are "Storm Troopers", etc, etc. etc.  But this is of their own making. Their actions have now mandated that we, the true American patriots make a final stand.  Conservative Americans do not riot, we do not loot, we do not murder those that we don't like, or that we disagree with.  We are not liberals.

However, we have had enough.  All that stands between us and a full bloody civil war, where we decide to defend our nation on our own, like our forefathers did prior to this great country becoming a nation, is you Mr. President, and your authority to enact swift and appropriate response to the current situation in our great republic.

I do not make these remarks lightly.  I do not make them without long debate and deep thought, but the time for diplomacy died when the first ANTIFA and BLM members looted, rioted and killed innocent Americans.

Diplomacy died when the liberal mayors of these cities stood down their police forces.

Diplomacy died when the 1st of almost 2 dozen police officers were executed since Memorial Day of this year, far outnumbering the "blacks killed by white police officers" statistic that supposedly started this war.

Diplomacy died when we watched these traitors drop bricks, frozen water bottles and other weapons off to be used to hurt police who are only trying to keep the peace.

Diplomacy died when they tried to secede from the United States by creating their own "Autonomous Zones" without authority.

Diplomacy died when they started shooting children in Chicago and Atlanta.  Not just shooting, but killing them.

Mr. President, in South Africa today, white farmers, who had nothing to do with Apartheid and the mistreatment of blacks there, are today being targeted by black gangs with impunity and the democratic liberal controlled government there, turns a blind eye while these white farmers and their families are beaten and murdered over their land.

How long before these militant BLM, Black Panthers and ANTIFA start to do the same here?   How long do we have if we don't stop this foolishness now?

Will your presidency be defined by:

"President Trump, using his authority under the Constitution, stopped the onslaught of a new civil war in its tracks, saving countless lives and returning the American Republic back to its glory...."

"President Trump's inaction during the 2020 unrest led to a nationwide civil war that saw hundreds of thousands of lives, many innocent, extinguished long before their time was up..."

I'll let you decide which side of history you want future generations to remember you by.

Just remember this, everyone that voted for you in 2016, and will do so again in 2020, has your back as we are brothers and sisters in arms with you.