You Cannot Argue With A Liberal

Notice:  I have taken some liberties and creative license and may have embellished some of the speech below, as I do not remember it word for word.  The visceral nature of the conversion however, was just as described below.

My wife and I went out for a walk at a local park today.  As we rounded around a curve, another older couple, both white, came walking in the other direction.  The man, wearing a Black Lives Matter t-shirt. 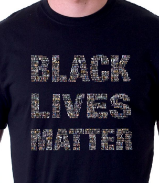 I bit my lower lip and said nothing.  My wife and I spoke about it, and came to the conclusion, they must not have read the Marxist mission statement on the BLM website, nor that all three of the founders, (3 women), all have said publicly they are Marxist trained and wish to destroy the United States and usher in socialism and communism. The Black Lives Matter movement has nothing to do with helping the black people at all.

But then, as the universe always, does, we ran into them again.  This time I could not hold my tongue.

"You know, All Lives Matter!"

You'd think I had just lit a firecracker and thrown it under their feet.

The woman immediately spouts off, "Blacks and Hispanics are being hurt by this president!"

The man, "Blacks are oppressed and put down, lynched and murdered by white fascists like Trump every single day...!!!!"

I uttered, “No.  ANTIFA and BLM are ushering in fascism.  Just look at the Bolshevik revolution.  You’d think we’re reenacting it right here and now.”

I asked, "When was the last time someone was lynched?"  "How about some statistics?"  "Did you know that in 2019, there were 10 unarmed black people that were killed by police officers?  A horrible number, but not the level that BLM has spouted out to the media and those that follow them.  It's a huge lie."

As I tried to continue, he interrupted me, "What about Ruby Ridge? What about that?"

I returned, "We're talking about you, as a white couple, supporting BLM without really knowing what they stand for. We're not talking about Ruby Ridge."

"Now, about those statistics I was talking about, in 2019 out of those ten black people, 1 woman, 9 men, six of them, based on body cam footage and eye witness testimony, were killed with deadly force because they were placing deadly force against the officers by fists, knives and other non-firearm weapons.”

He interrupted me again, "What about slavery, and all of those blacks that die because they never get an opportunity?"

I acknowledged him, "Yes, black youths in inter-cities are disadvantaged, but I'd like to draw your attention to the fact that all of these cities are run by democrats.  Name one that is run by Republicans with the same statistics.”

I then continue, "Back to those statistics, "...out of the remaining 4, 2 cases are still in review, and the other two, one officer is facing murder charges and the other is facing manslaughter.  During the same timeframe, police officers of any color, were 18 times more likely to be shot by a black person than a black person was likely to be shot by a white police officer."

The woman then spoke up angrily, "You must be a Trump supporter!  He's bringing in Fascism!  I hope he dies from Covid!!!!!!"  The same woman had on a t-shirt that said “Believe there is good in the world, be the good.” 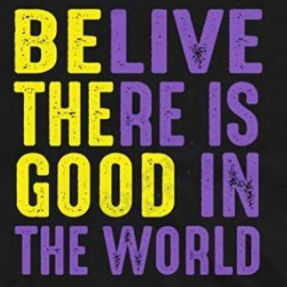 This is the only time my wife spoke up saying, “How dare you say that!  You shouldn’t be wearing that shirt!”

I continued, "I am an immigrant, I immigrated here, became a citizen, the legal way, and then proceeded to work my ass off for the next 40 plus years and continue to do so today."

Immediately she screams at me, "Illegals work their asses off too and get nothing for it!"

"Correct", I said.  "They're ILLEGAL so they should not get all of the rights nor protections a true citizen does.  You are not a country if you allow everyone in the front and side doors and allow them to do whatever they want. Are they then actual citizen?  No, nor do they become part of the country that way."

She then continued, "You ruined our lovely evening!"

My take?  Well, then don't wear controversial slogans on your clothing and not expect to be challenged.

As our argument continued, every other person and couple that walked by, she attempted to recruit to stand with them on their side.  She obviously spoke fluent Spanish as she tried to get everyone and anyone to stop that was obviously an illegal immigrant.  This park we walk in, does have a huge number of illegals (and legal) Hispanics and Asians that partake of it.  Not my opinion, but a fact for our county, Gwinnett county in Georgia.

My wife, who had kept mostly silent, was upset at the other woman’s remarks that she hoped Trump would die from Covid.

She grabbed my arm and reminded me, “You can’t argue with a liberal …”

Taking her advice, I pushed my anger and further need to continue out of my way and turned to walk away.

As we parted, he said "The first amendment comes before the Second..."

I responded, "Yes it does, and we just both practiced it.  Hope you have a nice day..."

But I held my tongue.